A Brief Look at English Freemasonry in Zambia

English Freemasonry arrived in Zambia when Cecil Rhodes had a passionate dream to bind the Continent of Africa in a Web of Steel by building a railroad from the Cape to Cairo. It rolled across the Zambezi River at the mighty Victoria Falls, along with the Engineers, the Mechanics, the Farmers, the Scientists, the Lawyers, the Mathematicians, the Artists, the Doctors, the Miners, the Priests, the Traders, the Prospectors, the Soldiers, the Teachers, the Builders, the Brave and the Adventurous. Then, coal, copper and zinc deposits were ‘discovered’, though these had been mined by indigenous men for over 2000 years. These valuable resources were spread mainly over a band running through the Central part of Zambia and out towards the north-west. Hence, English Freemasonry flourished in this area, along the line-of-rail, between Livingstone and Chingola.

The first English Lodge in Zambia, Lodge Luangwa No 4820, was consecrated on Saturday, April 3, 1926, in Kabwe, then known as Broken Hill. It was sponsored by Bulawayo Lodge No 2566, situated in Bulawayo. The Members of Lodge Luangwa met in the Government School building. They laid the Foundation Stone of their own premises on July 26, 1927, and finally completed it and started meeting there on December 9 of the same year.

Since then English Freemasonry grew steadily until there were 14 Lodges in the English Masonic District of Zambia. Sadly, many Mines and Industries closed down, making way for modern, more scientific methods of production. This, however, caused some towns’ economies to shrink, and population dynamics were altered. Four Lodges closed down. Today there are 10 Lodges, based in Livingstone, Lusaka, Ndola, Mufulira, Kitwe and Chingola, and Selebi-Phikwe (Botswana), with over 190 Members. Still, the English District is the largest in Zambia, both in numbers of Lodges and in numbers of Members.

The District Grand Lodge of Zambia (English Constitution) was consecrated on January 28, 1967, and now governs 9 Lodges in Zambia, and 1 in Botswana. The distance between the 2 furthest Lodges is approximately 2,000 Km, and there are numerous hills, valleys, rivers, forests, a desert and one ferry crossing in between.

On December 8, 1966, Dr. Kenneth David Kaunda, the Founding President of Zambia, sent the District Grand Secretary of the English Constitution, Bro. A.E. Garner, a letter commending Freemasons for their good works and noble principles, giving them his blessings, a letter which is cherished and proudly displayed in our Lodges.

We mix and mingle with Scottish and Irish Freemasons freely, in the true Masonic spirit of Peace, Love and Harmony. We participate in each others’ Installations and regular meetings, we join each others’ Lodges and Constitutions, and fund-raise together for needy and worthy causes.
We hope that in these Web pages you will find some of the answers you are looking for.

Of England and Wales and

Its Districts and Lodges Overseas 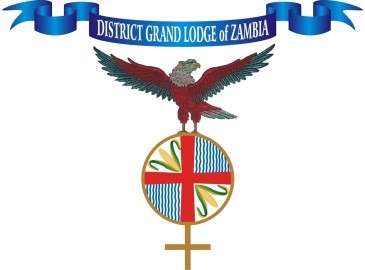 The Coronation Lodge No 7329 EC 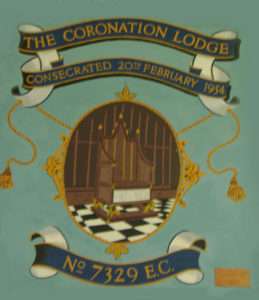 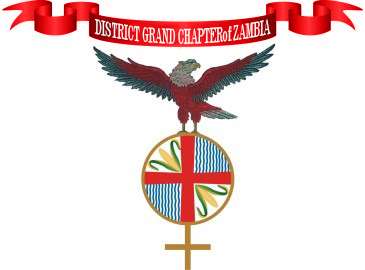 The Itawa Royal Arch Chapter No 7072