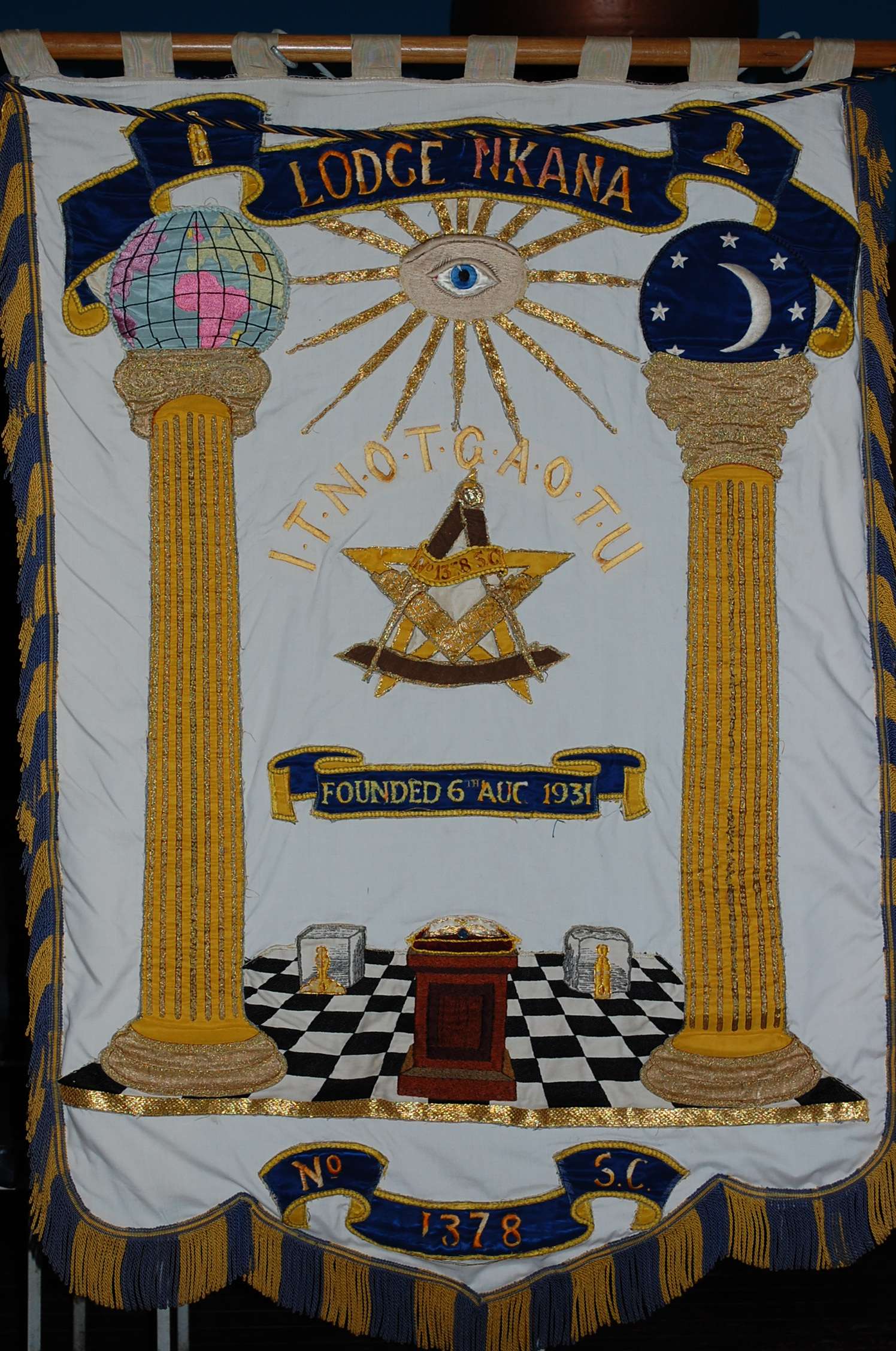 Regular Meetings every 2nd Thursday in the Month.

All communication through the Secretary of the Lodge: Bro. Frank McCully

During 1930 the railway network was expanded throughout Zambia due to the development of the new copper mines and freemasons who lived in Nkana, Kitwe wished to pursue their masonic interests.  The Grand Lodge of Scotland was approached for a provisional charter, which was duly granted.  On the 14th may 1931, an inaugural meeting took place at the Nkana School and the lodge was duly declared open by bro. L.A. Donnellan.  Lodge Nkana regalia, jewels and furnishings were donated by all the brethren within the Nkana region.   At this meeting, thirteen brethren were proposed for affiliation into the new lodge. The 1931/1932 year was extremely busy for the lodge, which held eleven regular and ten special meetings and the official charter was granted on 6th august 1931.

The lodge relocated to its own masonic temple in the center of Kitwe town and the first meeting was held on 14th January 1932.

The consecration of the new lodge was conducted by the Right Worshipful District Grand Master Brother David Ogilvie.  In attendance was Brother Richard H Cooper who at a later date became the RWDGM of Zambia and who was instrumental in building the masonic home complex in Parklands, Kitwe known as cooper park, which falls under the management of the District Grand Lodge of Zambia and is well maintained to the present day.

The present masonic building was constructed on Kuomboka Drive, Parklands, Kitwe and was officially opened by worshipful brother R.S. Starling on 7th september, 1957 on behalf of Lodge Nkana SC and Jubilee Lodge EC.

To date Lodge Nkana continues to operate with an average attendance of twelve brethren present at all meetings.

Lodge Nkana is well known for the hospitality shown to all visitors and maintains an excellent reputation for supporting and travelling to lodges throughout Zambia.

Continued charitable support is given by the lodge to St Martins Orphanage and Children in Distress (CINDI) in Kitwe.

Socially Lodge Nkana holds an annual burns supper and in recent years has held New Year’s Eve functions at the masonic hall.   Both events prove very popular to all.

For any further interest in Lodge Nkana, please contact the undersigned.